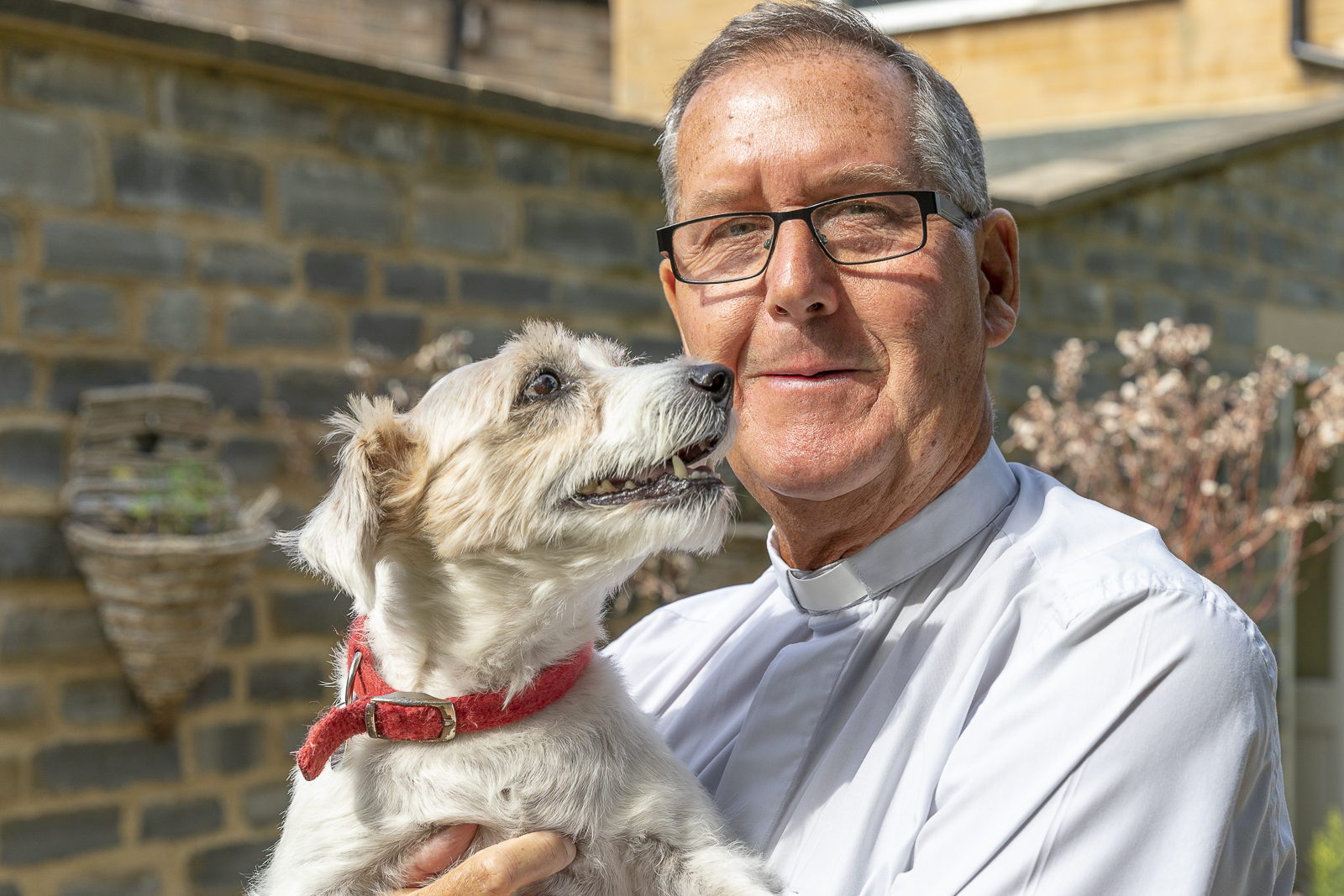 Father Alex was born in Birmingham and grew up in nearby Solihull. He has known Stratford all his life having an aunt and uncle who farmed in the area and has attended the RSC theatre since he was a teenager. He has a BA in Social and Political Science, a B, Div in Theology and an MA in Christian spirituality.

He has been a Benedictine monk at Douai Abbey since 1974 and taught Art and R.E in the monastery school and was chaplain of the School in the 1980’s. During the 1990’s he was Novice Master at the Abbey and served the local parish.

In 2000 he became Parish Priest of Pershore in Worcestershire, then Parish Priest at St Mary’s in Studley, Warwickshire from 2002- 2010, and is now Parish Priest of St Gregory’s in Stratford. He enjoys travel and tennis, music and theatre, painting and gardening. He has a Parson’s Jack Russell terrier called Otto.